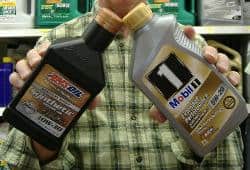 I decided to go to an automotive department store and investigate their motor oils. Out of curiosity I picked up a brand name oil and looked on the back of the quart bottle to see how often it recommended changing your oil. To my surprise…there was no set mileage on the bottle.

I proceeded to look on the back of every bottle in the aisle. After looking at all the supposedly best oils, none had the mileage anywhere on the bottle when to change your oil…except two. Amsoil & Mobil 1. 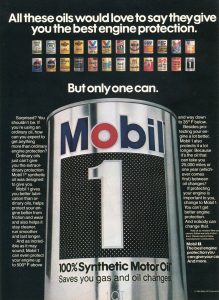 *Note* Mobil 1 came out with their Annual Protection motor oil good for 20,000 miles and oil filters to match…spring of 2017.

One important rating of an oil is the “Total Base Number.” Mobil 1 has for some reason decided not to show that number on their data sheet for the Annual Protection oil.

This study was done in June 2013. Oils have not changed that much since then…although some have most likely improved as Amsoil having to meet the newer car companies guidelines. You be the judge.

And if that seems like to old of a study and you really want to “cut to the chase” then click onto my “930,000 Mile Engine Teardown Brochure” and quickly see for yourself how squeaky clean Amsoil kept my engine changing the oil and filter every 25,000 miles.

What’s The Ingredients In Your Oil?

While investigating the motor oil on the shelf and finding only two that had the “oil change mileage” labeled…none of the bottles listed the ingredients! Including Amsoil and Mobil 1. Do you not find it amazing…most companies label their product ingredients, but when it comes to motor oil…none…zero. So you might say, it’s just oil that has been refined from crude oil. Well, that’s partially true, however, the American Petroleum Institute has labeled these different types of oils. Now here’s where the rubber meets the road.

Secret’s The Oil Companies Don’t Want You To Know

They don’t want you to know how they cook up their “tested best” motor oils. If so, they would put the ingredients on the bottle right? Well, now you’re going to get a glimpse into the four types of oil being used to formulate their products. Here they are.

Now, which oil would you rather have in you equipment? Hang in here with me…you’re getting educated about motor oil.

How can Amsoil guarantee their oil for 25,000 miles?

The ingredients they put into their oils is the difference. I understand that Amsoil uses Group IV Base Oil 100% synthetic oil in their 25,000-mile oils with the exception of the XL line which is group III…for those who want to change their oil more often.

Now I think they’re telling me the truth because I drove my 99 Chevy van over 930,000 miles changing the oil and filter every 25,000 miles until a valve keeper wore out that was not oil related.

If You Think Your Oil Is So Good… Think Again!

Group II and Group III Base Oil stocks derived from petroleum oil are much cheaper. Since the oil companies will not tell you what “Base Oil” they’re using…I was left to researching what “Wikipedia” and “American Petroleum Institute” had to say.

It appears the majority of oil companies are most likely blending Base II and Base III oils. Several oil companies may be blending up to 30% of Group IV base oil stocks in their petroleum oil…making it a watered down ”synthetic blend.” In my opinion, a waste of money. I’m speculating that Mobil 1 is using a small amount of Group IV along with the GTL Group III (highly refined mineral oil) in it’s 15,000-mile synthetic oil. However since this new GTL Group III oil has been given the okay by the API to be called synthetic…they may have deleted the Group IV to cut cost.

Molecules In Your Oil…Can They Take The Heat?

When the oil heats up…all these different sizes of molecules can’t possibly work together to lubricate the metal surface efficiently…eventually exhausting themselves…breaking down and having to be disposed of…or the oil changed more often.

Example…fill a barrel with all ping pong balls…then try and reach to the bottom of the barrel. That pretty much describes the molecular structure of Group IV oils. Yes they’re more expensive however…you’ll end up paying less due to fewer oil changes…increased fuel mileage and fewer repairs.

Conclusion…Getting beyond what you think!

Hopefully, I’ve shed some light into your deeply ingrained imagination about the possibility…the oil that you’re presently using…if not a “Group IV base oil”… is not the best oil like you may think!

You cannot escape the facts. There are cheap oils…Base II…there’s better oils…Base II & III mixed…there’s good oils Base III and there are great oils…Base IV.

Before I switched over to Amsoil…My imagination was at war with my brain.

There’s no way an oil can last 25,000 miles. I have an expensive investment. I’m concerned that my engine will sludge up. Don’t take the chance…you can still change your oil every 5,000 miles.

My First Oil Change and Oil Analysis with Amsoil

Now can you imagine what I thought whenever I saw that? Yep…you’re right…are they crazy? Changing my oil from 5,000 miles to 25,000 miles was a big stretch for me. But 35,000 miles…I needed a bungee cord!

I got to thinking…if I can catch a sample of the oil when changing it at 35,000 miles…which I’d never done before…and have it analyzed…that would settle the score on whether you really could drive that many miles on an oil.

Great idea John. Checked to see if Amsoil had an oil analysis kit…and they did.

I never tested my oil after that. However…due to the nature of my delivery service…I had lots of idle time…sitting and waiting to pick up another delivery.

Due to so much idle time…I felt more comfortable…changing the oil and filter at 25,000 miles. So that’s what I done over my “Million Mile Journey.”

The one thing that caused me to teeter over to Amsoil…was pain. The pain of changing my oil every two weeks. I call it the 5,000 mile headache. Amsoil is like aspirin…it done away with my oil change headache…and put an extra $2000 in my pocket each year!

It only takes 5 minutes to order online or by phone…and have the product shipped to your doorstep in 2-3 business days.
In 20 minutes…you can have your dealership or local repair shop change your oil…and add the Amsoil synthetic oil and filter to your engine. And just that quick…you’re up and running. And that’s not all.

The best is yet to come.

And for you…a fatter wallet and peace of mind!

1. Purchase Online Or Via Phone: You can purchase Amsoil products at retail prices by going to Amsoil online store or by calling Amsoil at (800) 956-5695 from 8 am to 5 pm Central Time, Monday – Friday. Thank you for using my ID#516778 as your referral.

2. Become A Preferred Customer: Save 25% off retail prices by becoming a preferred customer. Cost: $10 for 6 months or $20 for 1 year (Canada $30). When signing up as a preferred customer you’ll receive your own ID# giving you access to the online store to purchase all your products at wholesale prices. You can call Amsoils toll free ordering number at (800) 777-7094 to order at wholesale.

3. Become A Dealer: Start your own business and become an Amsoil dealer. Cost: $50 yearly (Canada $65) save 25% off retail prices and share the Amsoil products with your friends, sign up Preferred Customers and Dealers under you and earn a commission off their orders. When signing up as a Dealer you’ll receive your own ID# giving you access to the online store to purchase all your products at wholesale. You can call Amsoils toll free ordering number at (800) 777-7094 to order at wholesale.

John Schlimmer
I'm an Independent Amsoil Dealer located in Gilbert, Arizona. I’ve driven my 1999 Chevy van over 1.3 million miles testing and verifying the remarkable lubricating ability of the Amsoil synthetic oil products. Thank you for using my ID#516778 when ordering.• (937) 417-1127 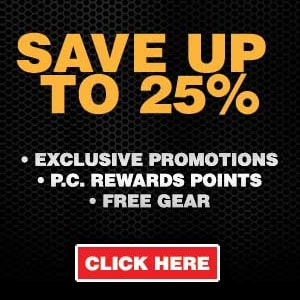 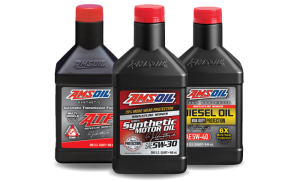